This past weekend was the Dan Emmett Music & Arts Festival here in Mount Vernon, and Rick and I went on Friday night and Saturday afternoon. We were told that this is about as "Mount Vernon" as it gets, so we were excited to experience the goodness.

On Friday night when we first got to the town square, there was a choir performing, and, as you can see, I think Rick and I were the youngest people there by a few decades. :) 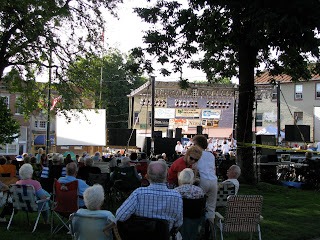 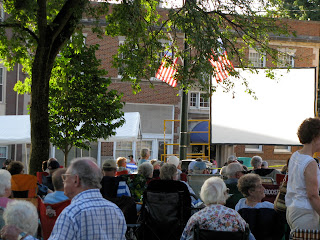 It was pretty typical fair events, booths, and food, complete with fried oreos and snickers bars, which we did not try. After watching people eat deep fried sticks of butter on the news, we felt like we needed a detox, so we stayed away from the fair food. 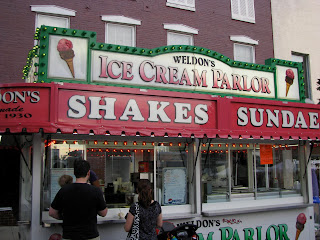 We did (regrettably) try a "Mexican" food place, and although they had great service, it was quite "different." The whole experience/ambiance didn't help, either; the combination of a woman on stage outside singing over-the-top Cher songs; the fact that we were sitting in the very back of the restaurant, right outside the men's bathroom; and the people behind us saying how great the food was (think Taco Bell ground beef) put me in tears I was laughing so hard. It was just one of those moments when I was trying hard not to laugh, but that made it worse; we wished there were other San Diego friends to share the experience with. :) (But I have to say, the servers were so excited to hear it was our first time there, and they were so warm and welcoming that we felt really bad not liking the food.)
Nonetheless, it was still a fun evening out, and the light as we walked back to our car was so beautiful! 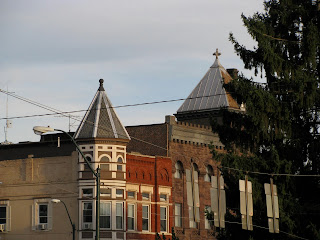 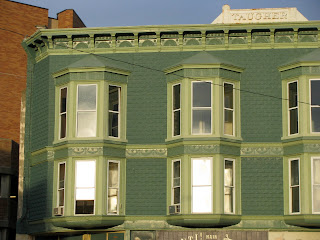 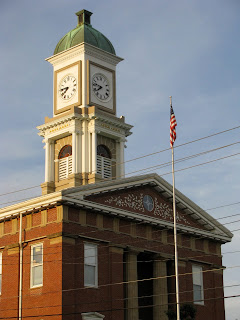 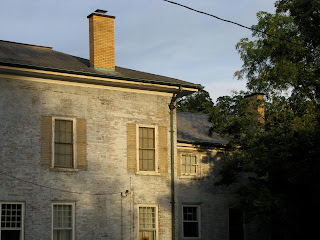 I love how even the bricks on the sidewalk here are beautiful: 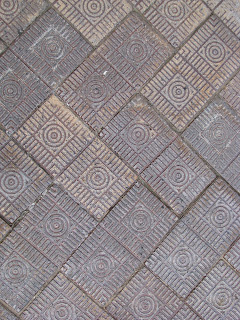 Saturday we went to a cupcake eating contest that Kevin, one of the MVNU RD's, entered. He won last year's competition and came back to defend his title. 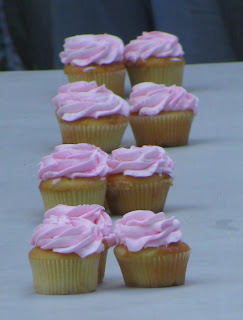 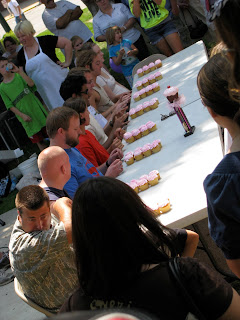 And he won! He downed six cupcakes in two minutes (mood music courtesy of the fiddle competition that was held at the same time - thanks, Taylor, for pointing that out; it totally makes the video!).

They even had a kid's competition, with a 0-7 years category, which made me laugh. But I love how serious they all were about it. The little kid in the green shirt won this round; I think he ate two. 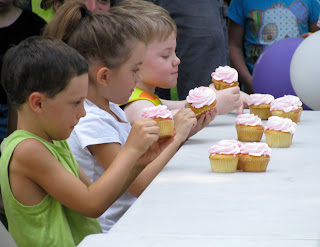 Over all, it was fun to see so many people out and about, and we were grateful for perfect weather to enjoy as well.