My mom told me once that when I was little, I loved having little boxes to sort and store things. And I've realized that I still do this. I tend to collect a lot of things, but I really like feeling organized, so I store them away in boxes, so I can get to them but don't have to look at them all the time. Some of my favorite items we own are boxes to store tea or office supplies.
For a while I had my magazine collection on a bookshelf, but I found when I took one out, the whole stack slid out of place, and I would have to reorganize the whole thing. I'd been thinking about magazine boxes, but I didn't want to pay for them (even though I doubt they are much money at all), so I decided it couldn't be that hard to make them. It definitely wasn't hard, but it did take me a few hours (I worked on them while Rick and I watched a movie).

We had all of the supplies, so it didn't cost me anything, but even buying the supplies would be cheap. We had plenty of moving boxes and packing tape, and I used both scissors and a razor blade, so I didn't bend the cardboard too much. I also had this pad of patterned paper, which is one of my favorite buys from Michael's. 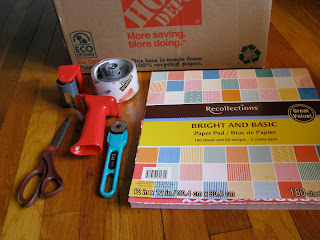 First, I organized my magazines according to title and then date, just so I knew how big to make each box. 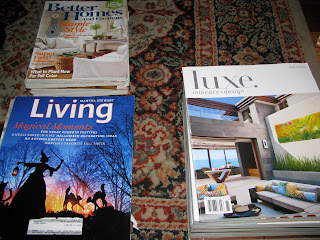 I cut the flaps off of the moving boxes and then cut up each side, so I had manageable pieces of cardboard. 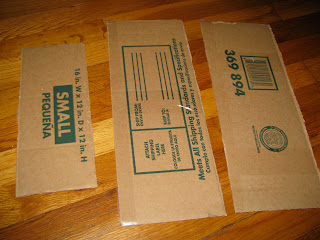 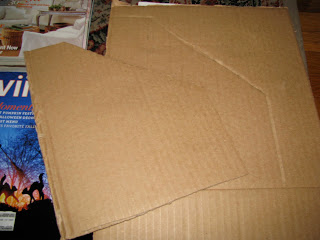 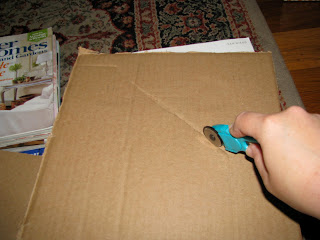 Once I cut all of my pieces, I set them out like this and taped them together: 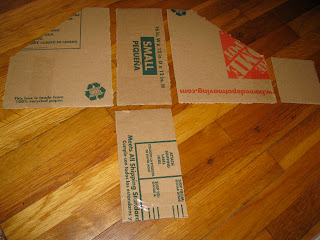 (Because my patterned paper wasn't too heavy, I cut the cardboard so that the writing would be on the inside and not show through the paper on the outside.) 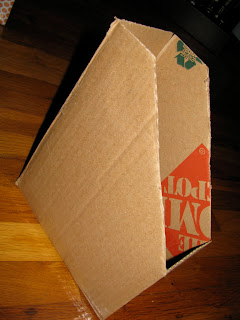 I tried to tape each seam on the outside as well as on the inside since the magazines are pretty heavy, and I wanted sturdy boxes. I found that folding the tape in half (like a hotdog) helped when taping the inside of the box because I could apply the tape to one side and then unfold it and press it on the other side without it getting bent or wrinkled (if that makes sense).
Then I wrapped the box using my sheets of paper. I didn't worry about the rough cardboard edges because the paper covered them up, and I used lots of tape, so they came out smooth in the end. 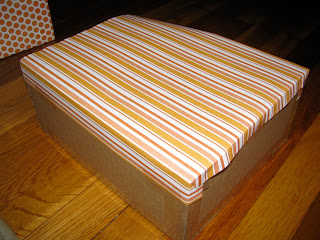 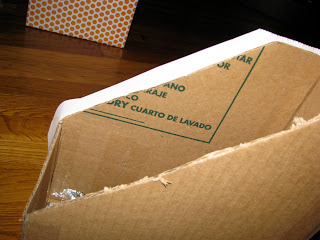 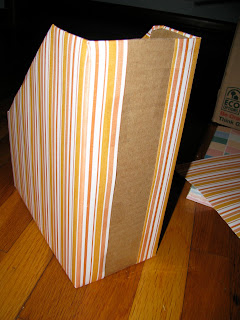 I ended up needing three sheets of paper for the wider boxes because I had to cover the gaps on the front and back. But the smaller boxes only used two sheets of paper. 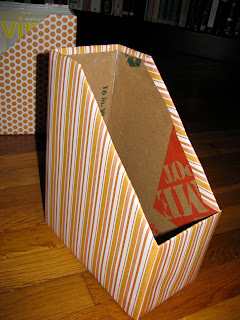 Then I filled them up. 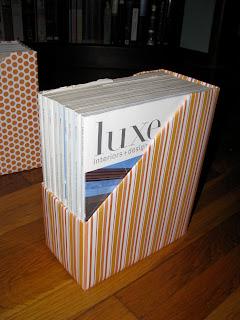 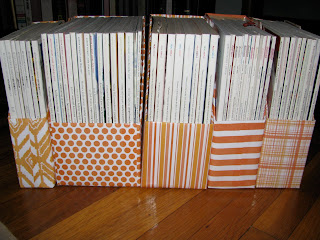 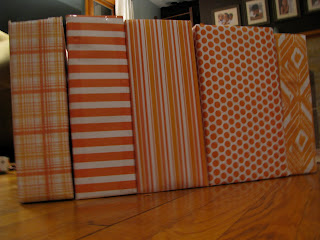 This morning I decided I like the the sides with the pattern, and not the magazine spines, showing, so I made some labels for the backs of the boxes. I used address label stickers and then cut off the corners, so they didn't look so generic. 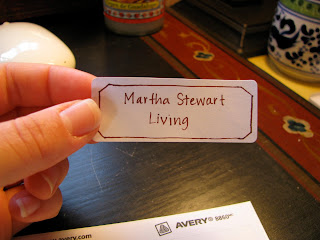 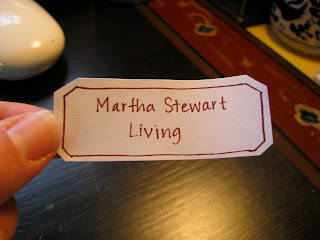 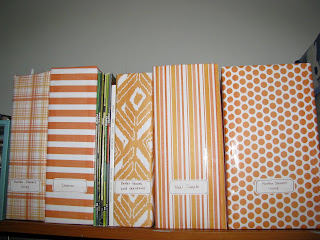 So now I have a clean office and a clear mind to get back to my thesis. :)
Email ThisBlogThis!Share to TwitterShare to FacebookShare to Pinterest
Labels: DIY