Well, my big project plans for this past weekend didn't quite amount to much. I decided on Friday night that I didn't really need the car, and Rick had a lot of school events to attend, so I stayed home with Nora.

I did get to walk to a garage sale around the corner from our house, and I met a nice old man who goes to the Nazarene church by us. I was wearing a PLNU t-shirt, which sparked our conversation (He asked if I went to "The Naz," which people call MVNU around here; that still sounds so funny to me). Anyhow, I bought from him a milk glass bowl and a pair of brass candlesticks. Also, my birthday present (to myself) came in the mail!


For my morning project I decided that instead of working on a bench, I would finally re-do the lamp shades in our living room, which I have been thinking are a little too formal. 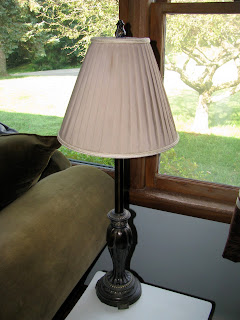 So I took the fabric off of them, and ... that is how they currently sit in our living room ... 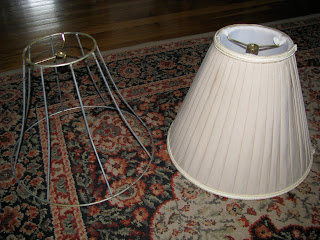 My plan was to re-cover them with some fabric, and I decided it would be fun to try to print my own, and this is where I went totally wrong. I couldn't decide on a pattern, and once I did, I realized it would take me way too long to paint it by hand. So I settled on a simpler pattern and tried a little make-shift stencil printing with some contact paper I had. The result was so depressing to me that I had to throw it away. Here's a picture I took mid-print: 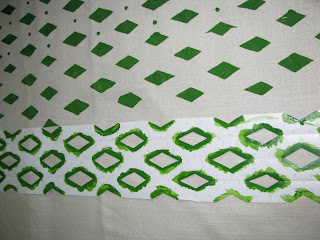 Maybe it's not too bad for a first try, but that pattern and color made me think of Mardi Gras and court jesters, so I had to stop. It was one of those craft trials that starts to take too long, and then when it doesn't turn out, it feels like a total waste of time and leaves you feeling depleted of all inspiration.

So I cleaned up and set to work on my thesis, which I really should have been doing in the first place. Oh well.

To restore some inspiration, I decided to cut some sweet peas for my desk. 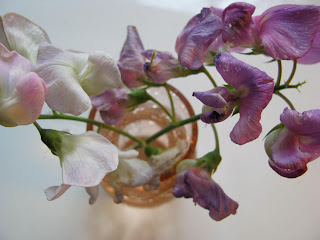 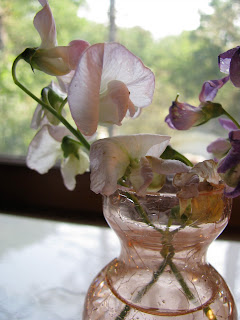 And I took some pictures of some other beautiful plants outside: 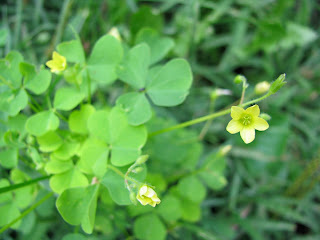 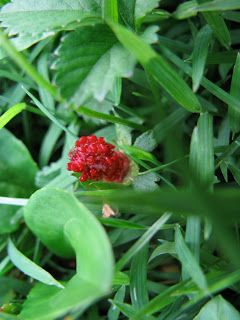 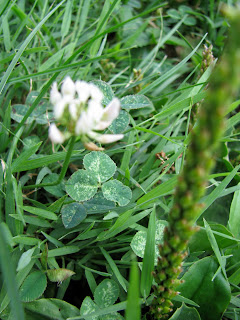 I'm pretty sure these last three are weeds, but I still like them. :)
And I also saw this little guy was crawling up our window: 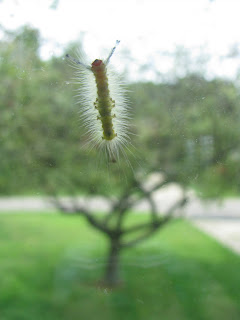 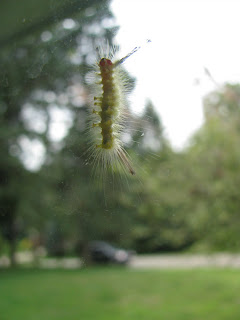 Hopefully I will have better luck with another idea for the lampshades; I will post again once I figure that out. For now, I think I need to stick with my thesis before getting into other projects. :)
-Shelley
Email ThisBlogThis!Share to TwitterShare to FacebookShare to Pinterest
Labels: DIY, Nature, Pattern, Plants