Yesterday when I went out to get the mail, I noticed a grocery bag on our porch. I opened it, and inside were tomatoes and zucchini from our neighbor, Betsy. She has a small garden in her backyard, and she grows organic foods and beautiful sunflowers. 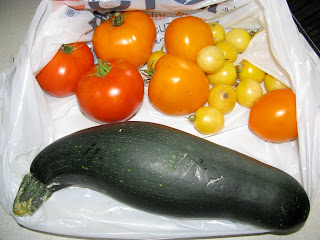 This inspired me to try something new, and I think it's easily becoming my new favorite snack. I've never been a fan of tomatoes by themselves, but I cut them up and ate them with some swiss cheese and garlic herb wheat thins, and they are really good! 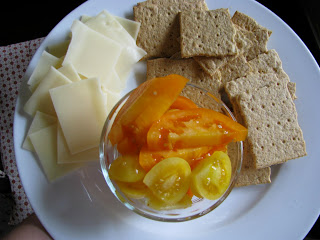 On a totally separate note (this is really random, I know), Rick and I have been missing the lightning bugs - apparently their season is over. But Rick found one in our backyard the other day, and again last night I saw one flying around. Even though he seems to be the last one, it's nice to see their light in the evenings.

I also saw this bug on our window last night while I was sitting on the couch. I tried to get out of the shot, but it was hard to do with the lights on. Anyhow, it gives you an idea of how big he was (I think the white thing on the bottom left is a moth). 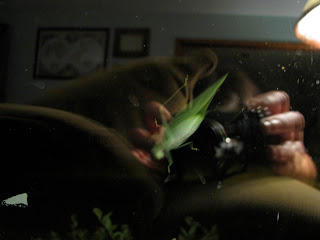 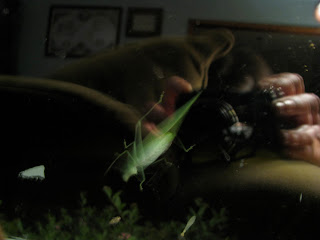 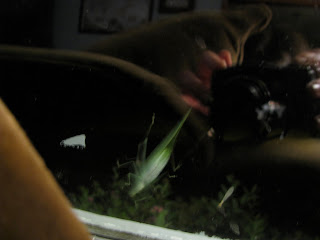