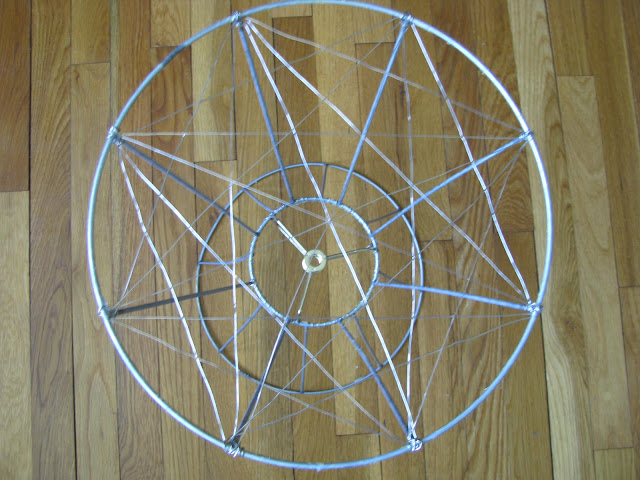 I finally redeemed my craft fail from a while ago and repurposed our lamp shades. I pinned this DIY idea and had big plans to create something similar from a large lampshade that came with one of the lamps I bought at an antique store. However, once I tore off the covering, I realized it had a plastic layer that held the shade's shape, and once I took it off, I was left with two separate pieces that I couldn't connect well. So instead I decided to use the two shades I attempted to recover before, and I'm really happy with how it turned out. 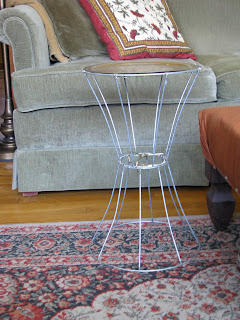 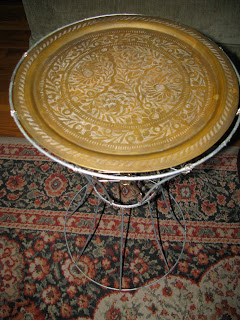 I used some wire to fix the tops of the shades together because I decided it would be a more sturdy table with the wider base at the bottom. I then zig-zagged the wire across the top of the shades in a geometric design that would be strong enough to hold a plate (the first photo posted in this entry). This metal tray from Rick's grandmother fits perfectly on top. Here it is in our new living room configuration (this is where our TV used to be, so I have some artwork height adjusting to do): 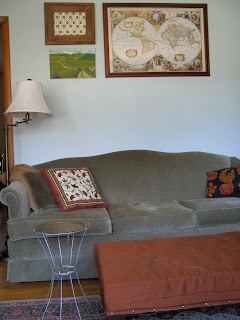 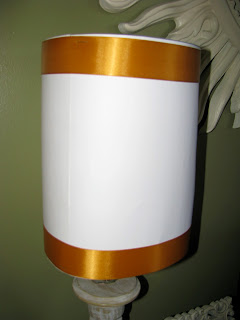 The second photo here is my other lamp shade re-do from one of the parts of my antique lamp shade. It looks pretty homemade, as I used cardstock and stapled ribbon around it, but for now it gets the job done, and it was free; lamp shades are so expensive, I'm finding. 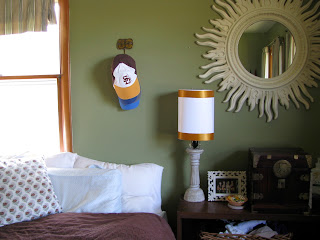 I have some dessert recipes to share as well, so I will try to post those soon.