A Week of Craft Fails

So, unlike last weekend, this past week's crafting did not turn out so great. It was seriously one fail after another, which by the end just made me laugh. Sometimes I can't win for trying. Oh well. (I'm still trying to track down my camera, too, so these photos are still not so great - oh well again...)

It started with my trying to make a Martha Stewart recipe for gelee (essentially a fancy jello). Her recipes call for rosewater and cream as well as lychee juice, none of which I had, so I thought I'd create a tropical version with coconut milk and papaya. While it turned out okay, I think Rick was right to note that it was kind of flavorless. I had a problem with the consistency of the coconut milk layer, mostly because - and this is nasty, I'm sorry - it reminded me of spit, which completely grosses me out. Anyhow, here's that fail: 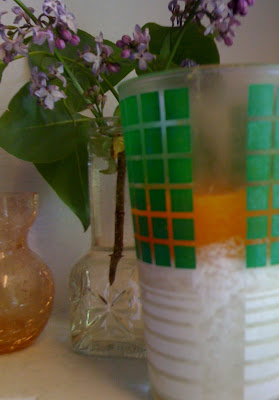 After this, I decided I needed to redeem my creative sense, so I did some painting. I used my wooden blocks to print on a canvas, and here's what I came up with: 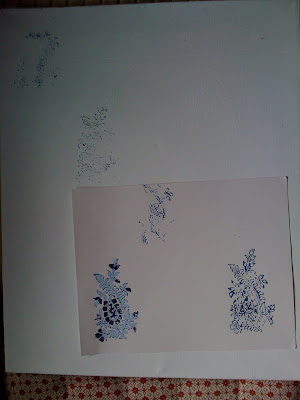 Not so successful. I think the blocks are meant for printing on fabric, so I will have to give that a try.

Next I tried to update a pretty glass cake stand I found at our local craft store for $3. I love the jadeite cake stands, so I figured I'd try to mimic that with some spray paint on the bottom of the stand. But, I wasn't thinking about the fact that the stand gets in the way of painting the entire bottom of the plate, so it didn't turn out as classy as I was hoping. :( 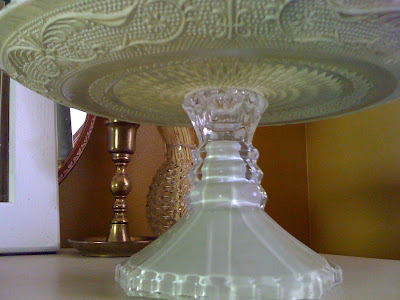 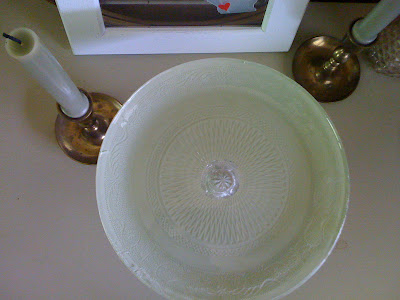 I think with a cake on it, it won't be so bad. But it's still not that great. It has a home with my other cake stands on top of the fridge for now. 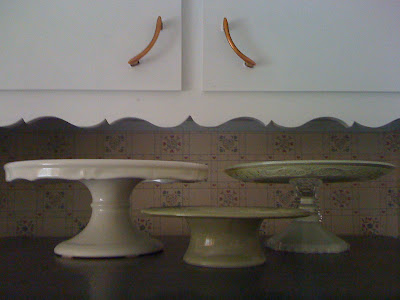 From here I decided to recreate what I thought was a fail-proof recipe. I made shortbread cookies earlier in the week, but I used coconut oil instead of butter, so this time I decided to go one step further and use almond flour instead of regular flour, and I think this is where I went wrong. The cookies spread on the pan, and I was left with a mess of soggy almond meal. I scooped it into a bowl and put it in the fridge, and I've used it as a sweet "granola" for berries. It's tasty, but still a bit of a recipe fail. 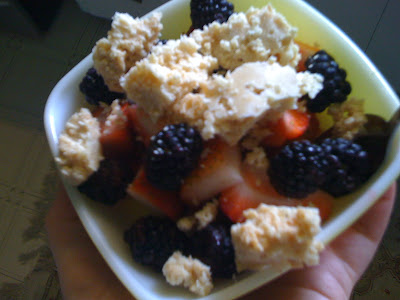 To try to make something successful this week, I started on some felt hair clips for our friends' new baby. I'll post more on this project later, but I thought I'd at least show that I finally got out of my rut and made something that turned out. 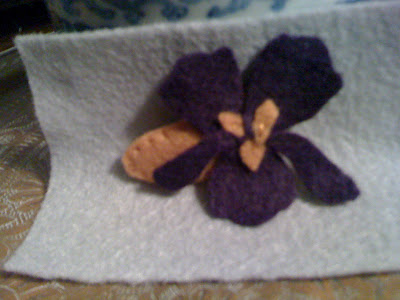