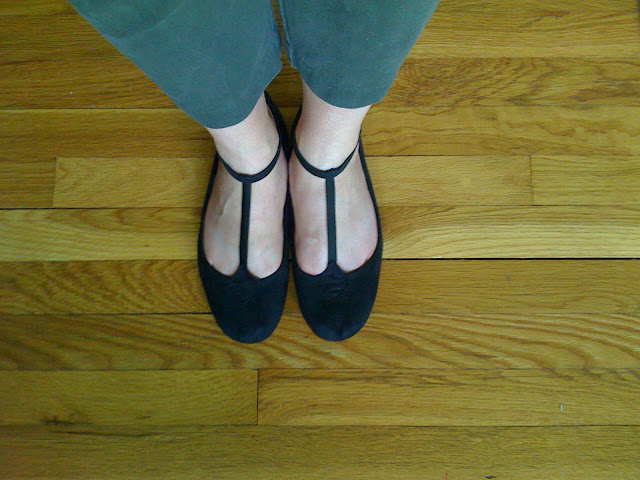 With my thesis sent in, I treated myself this week to some guilt-free crafting. I thought I'd start with something practical and easy to complete in one sitting, so I decided to return to the idea of upcycling some shoes. I tried to do that a while ago with one pair here, and I failed rather miserably. 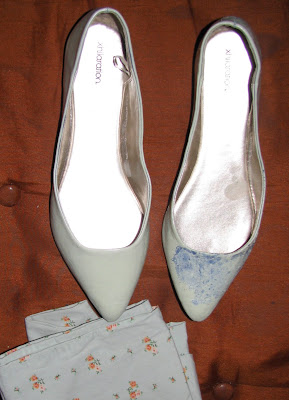 As you can kind of see, I tried to spray pain them, and while it worked okay on one shoe, the paint barely stayed on the other. To top it off, when I moved the shoes, the paint crackled all over and chipped off pretty badly. I still have plans to update these, but for now I focused on another pair I bought but never wear. 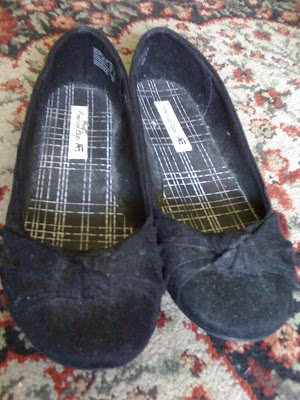 I got something close to these shoes last year from Payless, I think because I felt I needed some black work shoes, and nothing I saw anywhere at a reasonable price captured my attention. After buying them, though, I decided that I really didn't like the bow/knot on the top of the toe. 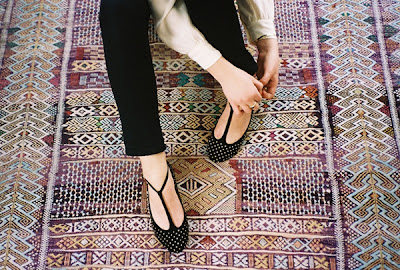 I recently saw these shoes on Pinterest, and I really liked them, so I decided to try to make them. Plus they're $150 to purchase, and my black shoes were only about $20. I think I got reasonably close to the same look, and all I used was the shoes, some black thread, black ribbon, two black headbands (in place of a strap and buckle), and a lighter (to burn the edges of the headbands so they didn't unravel). 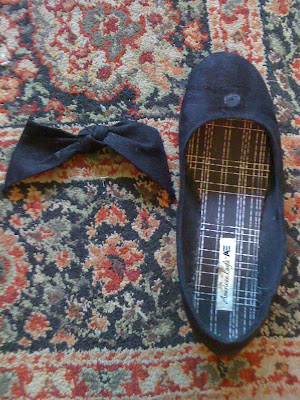 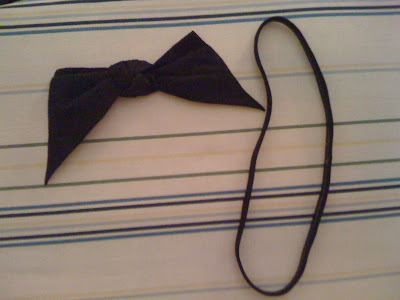 First I cut off the bow from the toes of the shoes. Then I cut one headband and sewed it to the underside of the inside toe of my shoe. I measured on my foot approximately how far up I wanted the front strap to go, and I cut and then burned the edge of the headband. 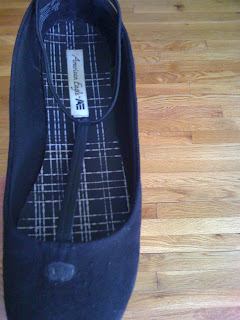 I then took some heavier black ribbon (I only had white, so I painted mine) and made a small loop on the back of the shoe for the elastic to fit into. I sewed this loop to the heel edge of the shoe on the inside. Finally, I folded in half the remaining piece of my headband and sewed the middle of it to the strap on the front of my shoe. I made sure the headband went through the loop on the heel, and I measured how tight I wanted it to be and then just pinned and sewed.

Since the bow was glued a little to the shoe, it made a glue mark on the top, so I wanted to cover that up. Also, since the shoes above have a bit of a curve into the T strap, I decided to do the same. I drew out a few ideas of how this patch could look, and I settled on this sort-of shield shape. I used the extra fabric from the bow since it matched the shoes perfectly and didn't require hemming. And here's how they came out: 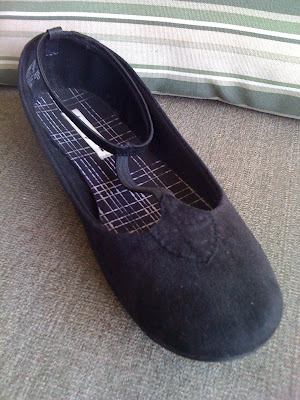 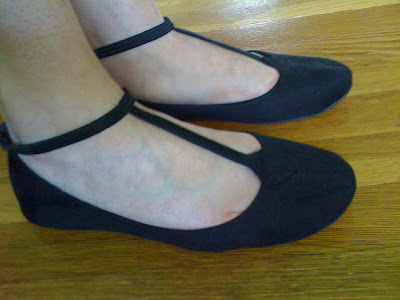 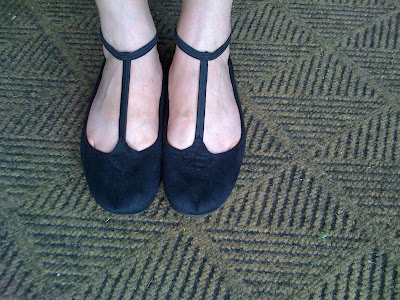 On a side note, I really liked using the headbands for the straps because they're elastic, which makes it really easy to slip the shoes on and off. Also, the under side of the headband has a little slip grip so it won't slide off your hair, and that helps the straps not slide here, as well. Also, the straps make the shoes even easier to walk in; they hold better on my feet.

My original plan was to paint polka dots on them, but I'm not sure they need them, and I really do not want to mess them up now that I like them so much. I think I'll wear them for a while and then see if I still wish they had a pattern.

Now to figure out what to do with that other pair of shoes ...