This is officially my one hundredth post, quite a milestone for me. :) While I'm not doing anything spectacular to celebrate, I am working on a much-larger-scale project than what I've done previously, and I'm hoping to share it sometime before school starts back up. (It involves a chainsaw, but I promised Rick I wouldn't be the one wielding it, so I'm at a stand still until I figure that one out...)

In the mean time, I have been watching a lot of Olympic coverage on TV and have been preparing my lessons and syllabi. I've completed a few small projects, so here are some snapshots from the past week:

Using this tutorial, I made a few more necklaces. 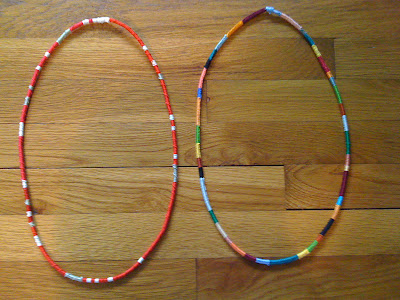 Along a similar color theme, I also bought a new journal this week from our local bookstore, and I stocked up on my favorite colored pens to start off the school year. 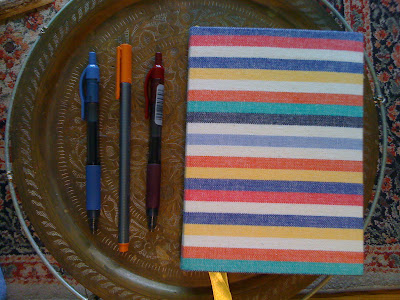 I finally finished sewing my shoes, so now I can actually wear them. 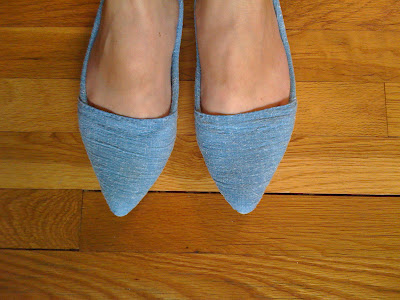 Nora received a crown in the mail from my parents. :) 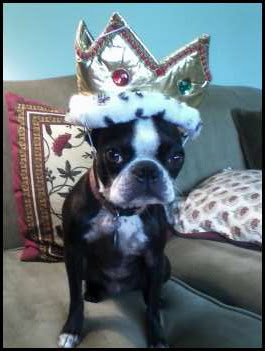 Rick and I found a great coffee shop in Granville called River Road Coffeehouse, and we both agreed they have the coolest bathroom vanity. 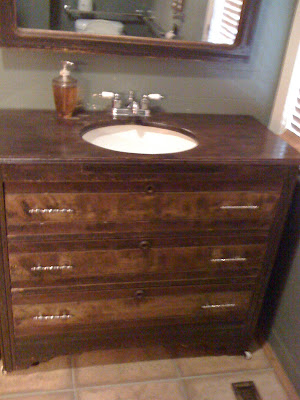