A Concert in Millennium Park 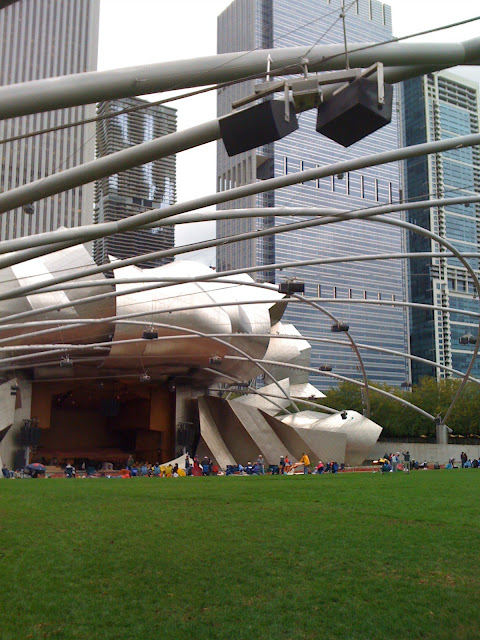 Last weekend Rick and I went to visit Joel and Elda in Chicago, and we were treated to getting to hear Elda sing Carmina Burana in the Chicago Symphony Chorus. The setting was beautiful! 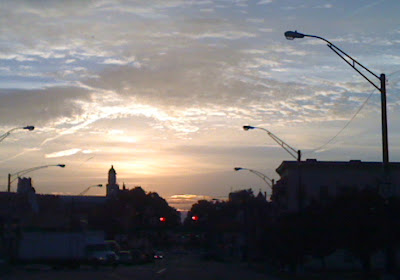 To jump back in time a bit, this was our view on our way out to Chicago - the lovely Mt. Vernon skyline... 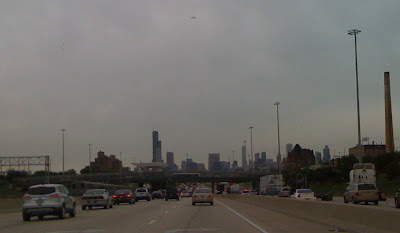 ... and this was our view of the Chicago skyline driving in. 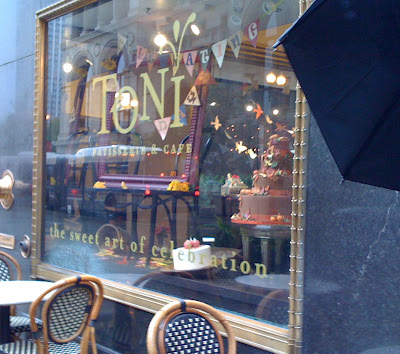 We met up with Joel and went to a shop called Toni, which we found last time we visited. This is the coolest little French pastry cafe, and I was really excited to come back - their food is some of the best I've had. 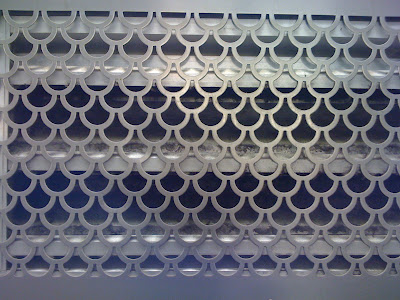 Then we headed over early to Millennium Park to be sure we could get seats. Part of why I love this city is in the details - even their vents are beautiful! 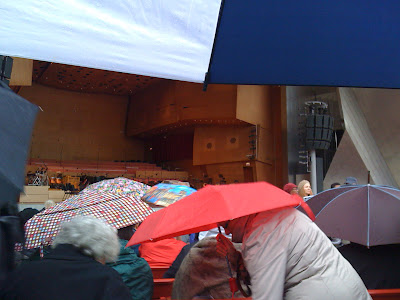 Unfortunately, the rain eventually came, and with no cover overhead, everyone pulled out their umbrellas. I liked it because it felt like the parachute game we played in grade school, where my classmates and I would all hold on to the parachute and then pull it up, over our heads, and then underneath us to sit on, creating a little fort. 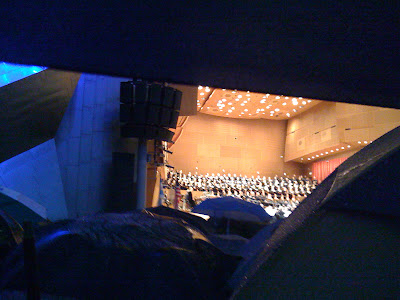 When the rain started getting heavier, though, the run-off from everyone else's umbrellas began to pour onto us, and we were soaked by the end of the evening. But it was totally worth it. The music was so powerful and dynamic, and I enjoyed doing something so different from our usual weekend activities. And even though the picture above was a rare view (taken when the rain lightened up and people began to put away their umbrellas), it was kind of nice to be forced to not-see because it allowed me to focus on hearing, which I don't often pay enough attention to. 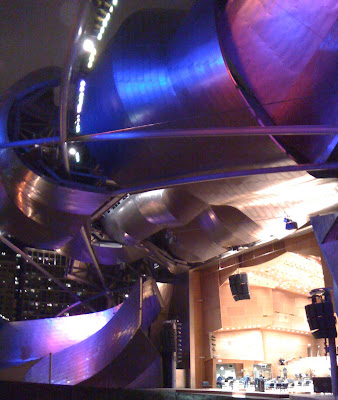