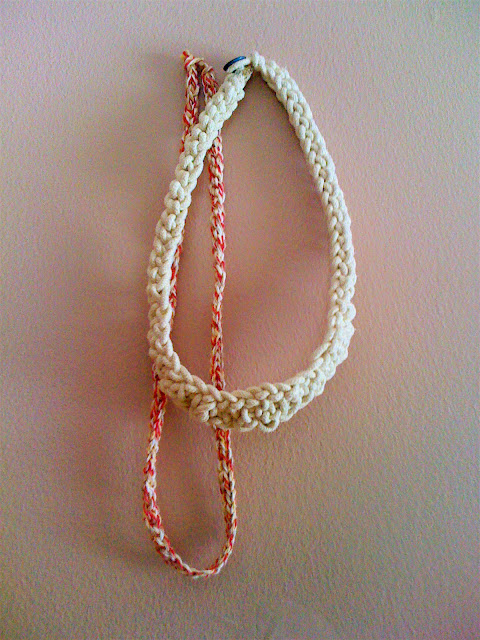 I've seen several rope or crochet necklaces on Pinterest recently, so I decided to try to make this one, which is my favorite: 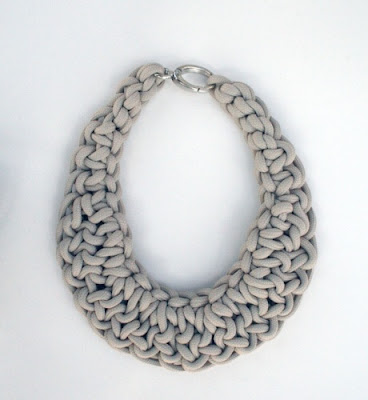 The link doesn't have a tutorial, so I found a similar necklace tutorial here and then adapted it to look like my inspiration necklace. (The tutorial apologizes for a lack of proper crochet terminology, and I feel I must do the same; this is my first go at it, and I'm afraid my terminology is even worse than hers...) The materials I used were a crochet hook that I bought at a yard sale - I'm not even sure what size it is, sorry - the macrame rope I bought for this project, a button, scissors, and matches to burn the ends of the rope to keep it from fraying.

Since the tutorial above is for a smaller necklace, I followed her crochet instructions for the first row but began with more like 50-60 loops (I guesstimated) rather than 15. For my second row, I continued with the same technique for about a third of way - roughly 20 loops - and then began with the crochet tutorial's method of adding depth with stacking loops. I did this for about another 20 loops, then returned to the method I used for the first 20 loops on the second row. 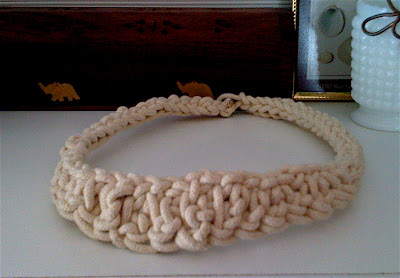 Between the first and second rows, I left an extra loop on one end, and when I finished the crochet, I sewed a button on the other end as my clasp. 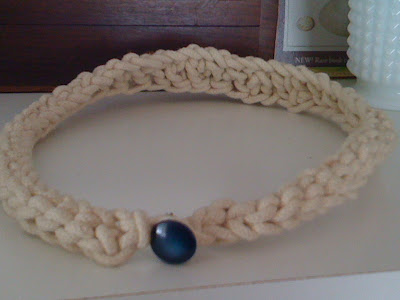 Overall, this was pretty experimental, but I'm happy with how it turned out. In the future I will probably stack loops earlier to make the necklace thicker throughout, and I'd probably start my first row with more loops, maybe 75, to make it a little bit longer. 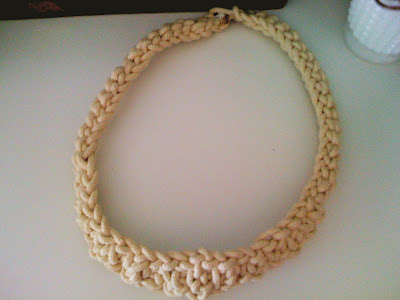 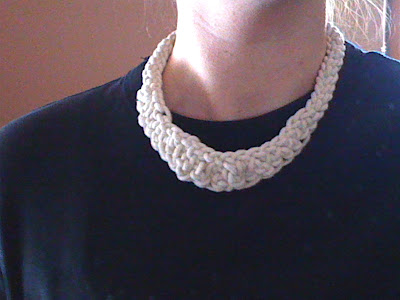 I later decided to try a necklace with just the fist two rows of loops, and I used a red, white, and brown multicolored yarn rather than the rope. 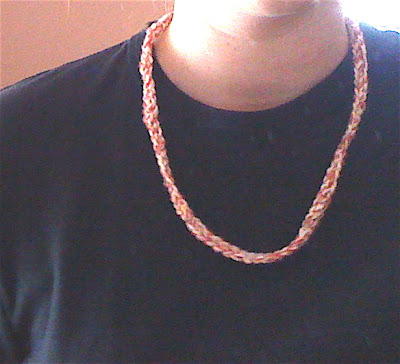 I think what I'm most pleased with is that these necklaces don't feel too fussy to me, and since I tend to be pretty casual, I can wear them without feeling overly fancy. And they're fairly easy to make, even for a crochet novice. :)