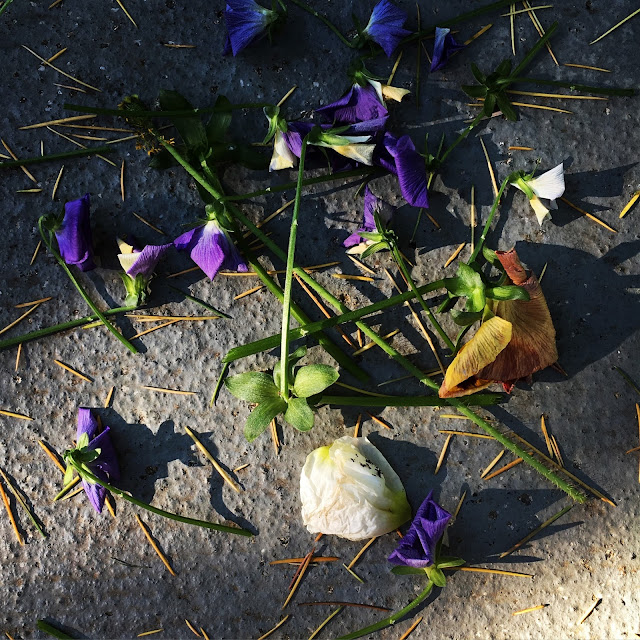 The weather this year felt like it changed overnight from spring (really, winter with some flowers) to summer. But since that means it's warm and (somewhat) dry enough to garden, I'm starting in.

Last spring I got the urge to spruce up our outdoor patio space. It was fairly drab for the whole first year we lived here. 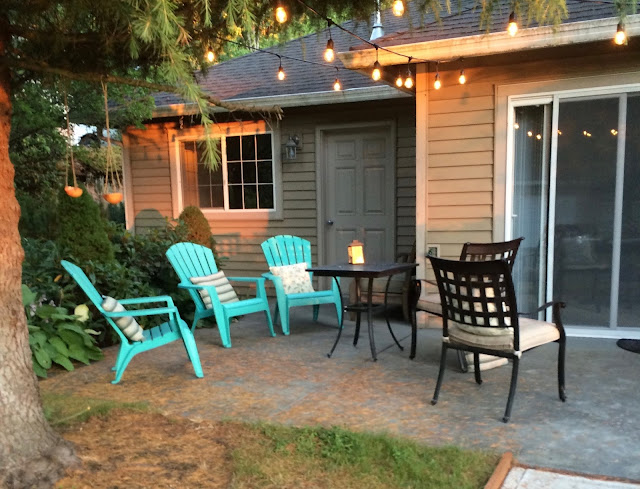 In my dreams, I wanted large planter beds where I could grow my own produce, and I had big plans to write a formal request to plant some fruit trees and berry bushes in the ground next to our cement patio. But when I researched planter beds, I realized how unrealistic this dream was. Pre-built, planter beds are expensive in any material, but even buying wood and borrowing the tools to create them myself would have been more than I could budget. So for weeks I scoured Pinterest in search of the cheapest, least eye-sore planter beds, and I came up with mostly nothing. And right as I was about to give up, I found this, which led me to wattle and the decision to weave my own planters and trellises. 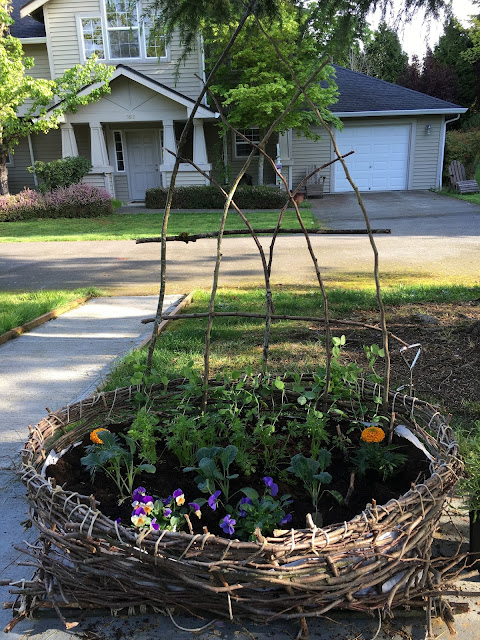 Living in such a densely-treed area, I figured I could easily find branches to make larger planter beds, so I set out across campus and landed in a cedar grove with abundant bare and naturally fallen branches. While any number of branches could have worked, the cedar branches are perfect because they're pliable and they have a slight natural bend already, perfect for weaving into rounded planter beds. So I took numerous afternoon walks and returned with bags full of branches to weave into the planters we now have. While I did spend lots of time outside, I spent $0 on the planters themselves. 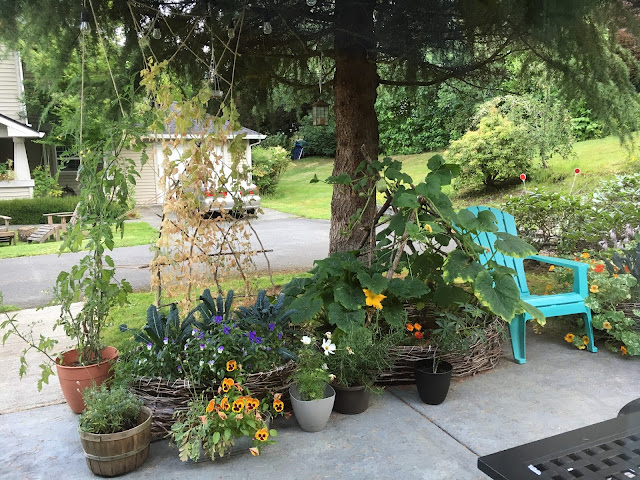 I filled the beds with organic produce last season, and while my tomatoes, snow peas, and kale were somewhat successful, we only harvested three small zucchini, two tiny spaghetti squash, and a few mustard greens; the cauliflower and carrots never made it to adulthood, birds ate the blueberries, and something wretched overtook both of the bell peppers. So this year I'm aiming for a different garden theme.


I don't know why I was surprised, but the thing I found most delightful in gardening last summer was the flowers that I bought to attract the right bugs. Sitting by the flowers and enjoying the way the changing sunlight illuminated them was the most life-giving part of summer for me. So this year I decided to minimize the vegetables and maximize the flowers (this may be a new life motto...). I'm starting with cosmos, violas, ranunculus, clematis, dahlias, marigolds, and poppies. And I'm hoping for some nasturtium volunteers from last year's seeds. 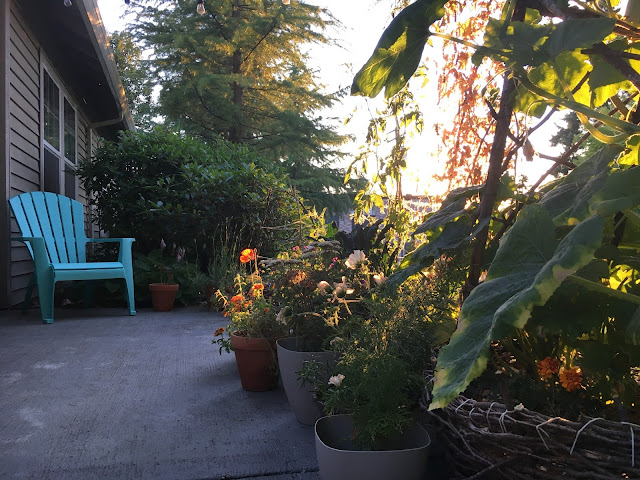 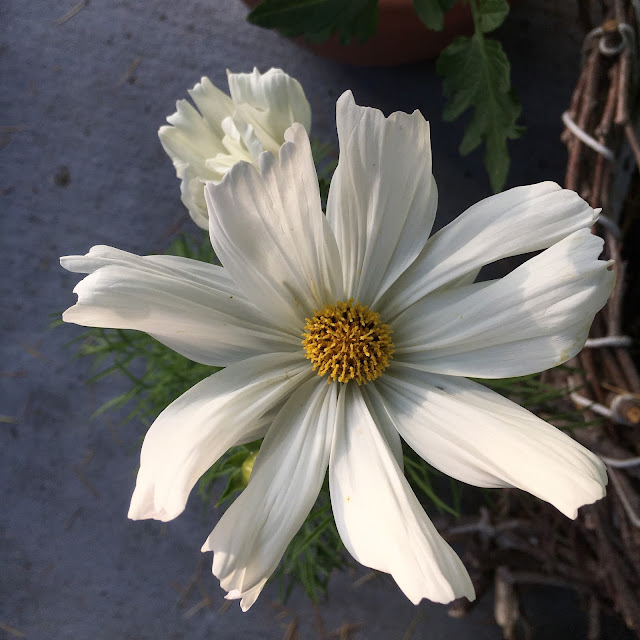 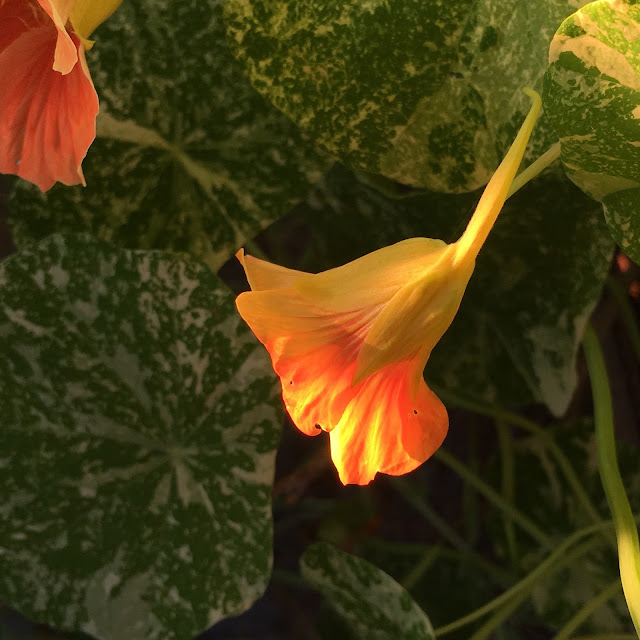 I never ripped out the kale from last year, so it's about 8 feet tall and full of yellow hummingbird-attracting flowers, so I'm leaving that in place for now, too. I did also buy a thornless dwarf blackberry bush because blackberries are my favorite, and their little wrinkled flowers look so good in pictures (see here). 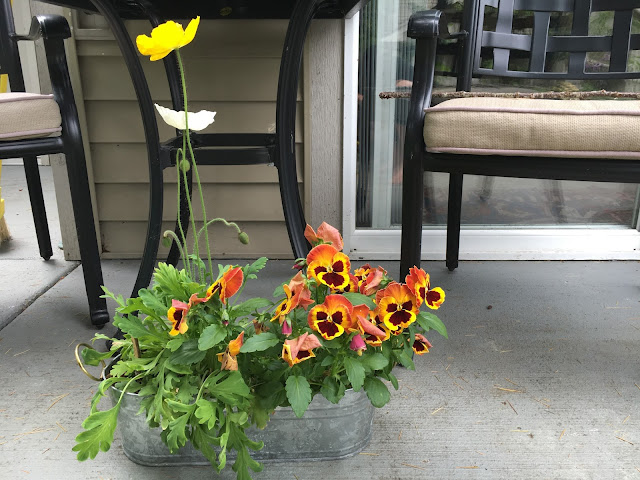 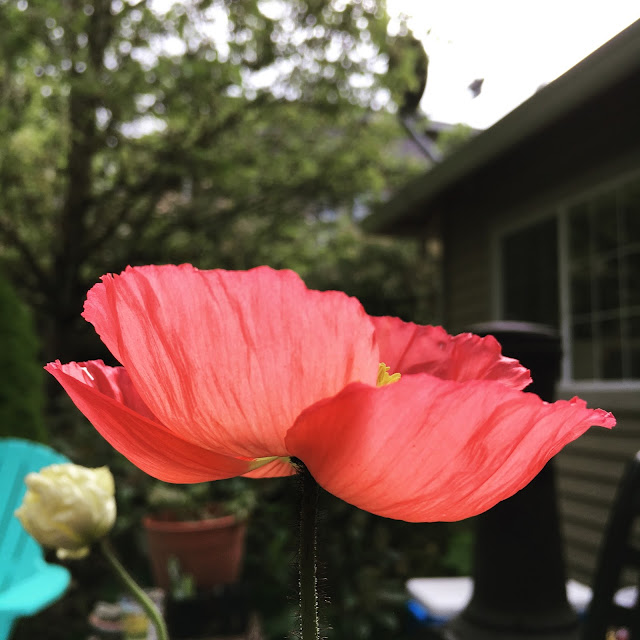 Also this year, more whimsy. Last year I made a butterfly bath (which I prefer to call a butterfly beach), but this year I want to add a few more items: maybe a bird bath, some bird houses, or (if I'm feeling so bold) a bug hotel.

And maybe, since I don't have any baskets to weave this year, I'll build one of these. I just can't get it out of my head...

(All photos are from last year's garden except for the magnificent coral poppy in the final photo.)
Email ThisBlogThis!Share to TwitterShare to FacebookShare to Pinterest
Labels: Inspiration, Nature, Plants